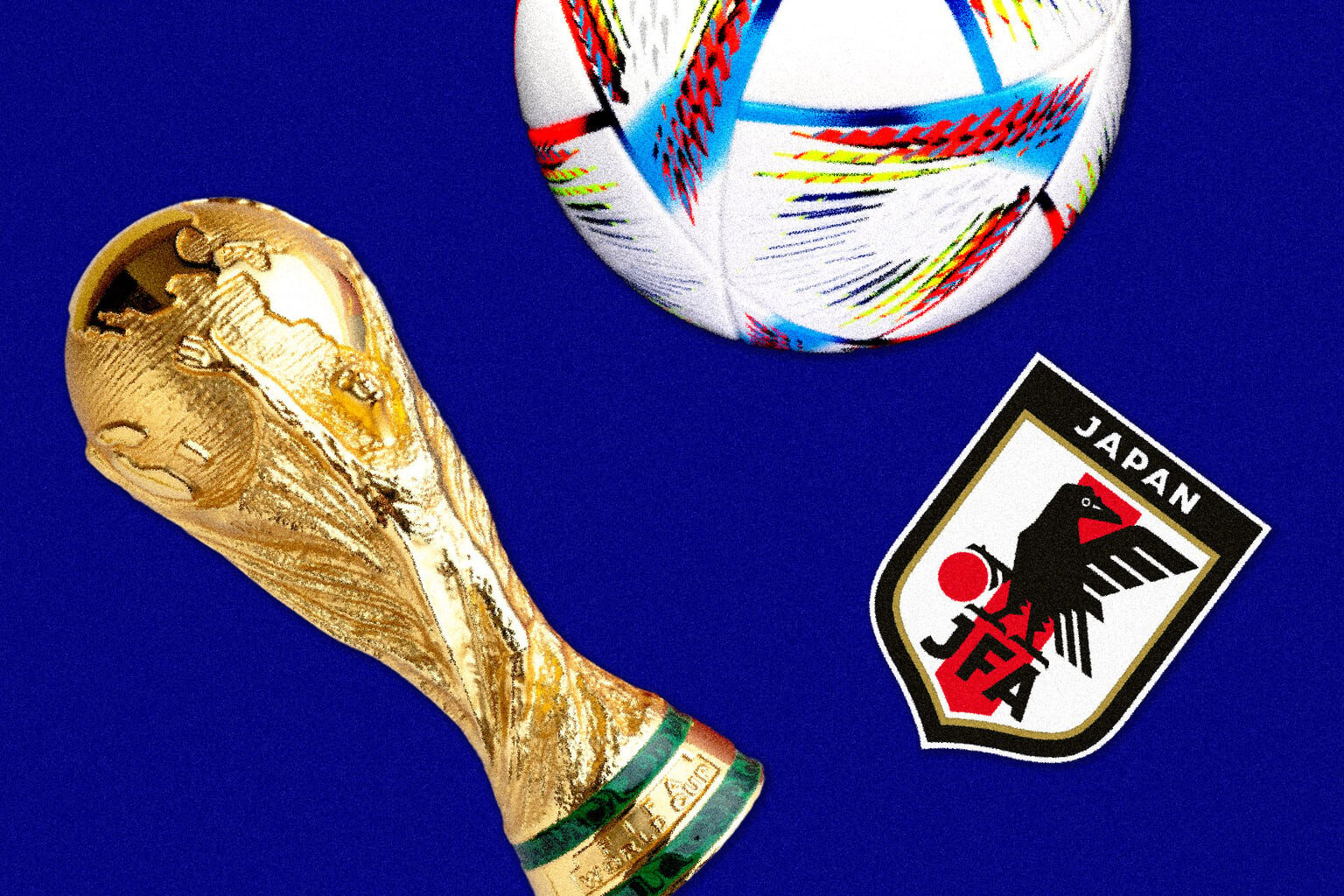 Whatever happens in the coming weeks in Qatar, the 2022 FIFA World Cup will unquestionably go down as the most controversial in living memory. Scheduled to begin on Monday morning (Japan time), some are choosing not to watch the tournament due to the host nation’s human rights abuses, most notably LGBTQ issues and the deaths of migrant workers, while for many others the love of the game outweighs any incentive for a boycott. Once the action begins, huge numbers will be tuning in, including here in Japan. The Samurai Blue kick off their campaign against Germany next Wednesday followed by games against Costa Rica and Spain.

It’s one of the toughest groups they could have possibly drawn. So, do they have a chance of getting through? We recently spoke to J-League Monthly hosts Harry Sugiyama and Sean Carroll to hear their thoughts on Japan’s prospects. Arsenal fan Sugiyama is a British-Japanese television personality and model who appeared in the NHK morning drama Manpuku (2018) and previously emceed Monday Night Football. Carroll, meanwhile, is an English freelance journalist who’s been covering Japanese football for domestic and international outlets since 2009. His new book Nippon to Sakka  — Eikokujin no Shuzai Roku (Japan and Soccer — Conversations with a British Journalist) is slated for release on November 26 (initially only available in Japanese).

1. What were your initial thoughts on the Japan squad?

HS: I thought it was going to be either (Yuya) Osako or Kyogo (Furuhashi) for the last striker spot. I didn’t expect both to miss out. The biggest surprise for me, though, was the omission of (Genki) Haraguchi. He’s a formidable character with a bit of fire in him and someone I felt coach (Hajime) Moriyasu trusted. He also knows German football and has played at a World Cup. I was rather flabbergasted he didn’t make it.

SC: I was surprised too, yet personally I don’t feel it’s a big loss. A lot’s been made of the fact that he and Osako have World Cup experience, but that can be overstated. It was more important when you had mostly J-League players who weren’t used to playing overseas. Now, most of the squad is in Europe. I’m also kind of glad he didn’t take Osako. He’s obviously still a decent striker, I just don’t feel he suits the way Japan play as he tends to slow things up.

2. Whose inclusion shocked you the most?

SC: I’m surprised Hiroki Ito’s in. The name that probably stood out most, though, was (Yuki) Soma. I don’t think many saw him making the squad. That said, if you’ve got 15 minutes to go and need a goal, he gives you something different. He’s direct, fast and has a bit of power. Overall, there weren’t many surprises. The 11 we expect to start are there. Sometimes we get preoccupied with who has and hasn’t made it when in reality, at least half a dozen of them won’t get on the pitch anyway.

3. Which Japanese players are you most looking forward to seeing in Qatar?

HS: Sean will be surprised by this, but I’m excited about seeing Ito start on the left of a back four. Many expect (Yuto) Nagatomo to play the opener due to his experience and ability in one-on-one situations, but with Germany’s height and strength, I feel Ito’s a better option. I’m also keen to see (Daniel) Schmidt start ahead of (Shuichi) Gonda in goal. He’s better with his feet which could be vital in matches against Germany and Spain when Japan are likely to be on the backfoot and need to take the steam out of the game.

SC: I’m looking forward to seeing how (Wataru) Endo adapts to being the main man now that (Makoto) Hasebe’s gone. He’s the first name on the team sheet for Moriyasu. If Endo doesn’t play, the team lacks that balance as he holds everything together. He was excellent in the June friendly against Brazil. It’s not usually what you expect from Japan, but they were really snapping into the Brazilians with Endo leading the way. Another player I’m excited about is (Kaoru) Mitoma. I hope he gets enough time on the pitch. Moriyasu gets criticism for not starting him, but you can understand why he’d want to utilize Mitoma towards the end of games when the opposition are tiring.

4. How do you feel about Moriyasu as manager?

HS: I think we know how he’s going to approach games. They’ll play with a high press which could work but might make them susceptible to the ball over the top. Looking at Moriyasu’s news conferences, he’s always careful in what he wants to say. He’s generally conservative, but I thought it was brave leaving out Osako and Haraguchi. I sometimes wonder how much of a presence he has in the locker room.

SC: I believe the players are behind him. If they weren’t, I don’t think they’d have recovered from that bad start to the qualifying campaign. I agree he’s conservative but feel that suits Japanese players. National managers always get criticized because fans have favorites, but I personally feel he’s doing a good job. Japan have done better at World Cups with domestic managers and in terms of Japanese coaches, he’s as good as anyone.

5. What are Japan’s strengths and weaknesses?

SC: As a cohesive unit, they play well together. The players don’t get caught out of position often and handle the emotional aspect of the game well. The biggest problem is that they don’t score enough. I know it’s a cliché of Japan and probably will be forever, but at the World Cup you might only get one or two chances against big teams. You need to take them. It’s probably why Furuhashi didn’t make the cut. He’s prolific in Scotland as Celtic create a lot, but in the Champions League and the few opportunities he’s had for Japan, he’s not produced. That said none of the strikers selected are what you’d call ruthless.

HS: It was funny seeing (former national team defender) Túlio Tanaka on his YouTube channel saying he has scored more goals for Japan than the selected strikers put together. Another issue could be closing games out. If they’re leading 1-0, do they have the resilience and dirty tricks required to get over the line? They couldn’t four years ago against Belgium. This time, though, they have Endo. As Sean mentioned, he’s so important, especially when it comes to what Japanese call kiki kanri (sniffing out danger). He offers protection to what I think is one of the most solid backlines Japan’s had in ages. This solidity is the team’s biggest strength.

6. How would you compare this squad to previous ones?

HS: You could argue that it’s the best Japan squad in over a decade.

SC: Definitely. I think it’s the strongest squad they’ve ever had due to their strength in depth. You’d say Endo and (Takehiro) Tomiyasu are undroppable. Aside from those two, there’s competition in almost every position. On the wings you could go for (Takefusa) Kubo and (Junya) Ito, but then if Mitoma, (Ritsu) Doan or (Takumi) Minamino came in, there wouldn’t be a significant drop off. Add (Daichi) Kamada from midfield, and you’ve got several potential match winners. In the past they’ve relied on individuals like (Keisuke) Honda to produce something special. Now, they’ve got a few capable of doing that.

7. It’s obviously a tough group. Who do you see as the dangermen from the teams they’re facing?

HS: From Germany, (Jamal) Musiala. He can play in different positions and is definitely one to watch. I saw him in their friendly against England and he roasted poor Harry Maguire. I don’t know as much about Costa Rica, although I remember Joel Campbell at Arsenal. They have a 196cm center-back called Kendall Waston who’s likely to give Japan problems on set-pieces.

SC: From Pedri to Gavi, Spain have so many technically adept players. They’ll keep coming at you with the same approach so Japan must maintain their focus for 90 minutes. The moment you switch off, they’ll find a way through as we saw at last year’s Olympics. The two teams play a similar game, whereas Germany mix things up more which is why I see them as a tougher opponent. I’m also worried that people are underestimating Costa Rica who are a solid side. 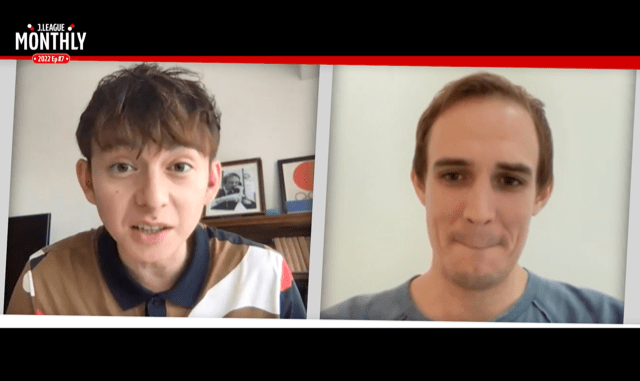 8. If you could bring back an ex-Japanese player to this squad, who would you choose?

HS: “The dragon,” Tatsuhiko Kubo. He was a bit of a wild head but was a lethal striker who could hold the ball up, like Naohiro Takahara. It’d be one of those two. The pair of them used to bury their chances more often than not. That’s what Japan need.

SC: The first time I watched Japan closely at a World Cup was in 2010. I’d probably go for one of the two central defenders from the tournament that year, Túlio or (Yuji) Nakazawa. Nobody expected anything from Japan, but they held everything together at the back, guiding them through. If I had to pick one, I’d opt for Túlio as he was born in Brazil so had that confidence which rubbed off on players around him.

9. What’s your best memory of watching Japan at a World Cup?

HS: When (Junichi) Inamoto scored that goal against Russia in 2002. I was at boarding school in England and the only Japanese person around. When it went in, I ran from the common room, ripped my shirt off and hugged my housemaster in the dining hall. It was a moment that will stay with me and Japanese people forever. It was the men’s side’s first World Cup win and was followed by a victory over Tunisia. That really ignited Japan on the world stage.

SC: For me it was (Yasuhito) Endo’s free kick against Denmark in 2010. Japan only needed a draw to get through and Honda had already scored that screamer from 40 yards. When Endo added a second, it really felt like they were going to do it. And they did, winning 3-1. Japan men’s team had been to the second round before, but never on foreign soil. It was a historic moment. The lowest point was then probably the penalty shootout defeat to Paraguay in the next game.

SC: I reckon Brazil will win it. They have so much attacking quality and great defenders. I’d have been inclined to go for Iran as a dark horse before they brought (Carlos) Queiroz back. Then there’s the protests going on there, so I’m not sure if they’ll be fully focused. I still feel they’ll get out of the group. For top scorer, I’ll go with a Brazilian. Either Antony or Vinicius Junior.

HS: I’ll be bold and go for England to win it if Gareth (Southgate) goes with the players on form and not the old guard. This will be a tournament for Jude Bellingham to shine. For a dark horse, I’ll choose Denmark. They’ll come out of their group and possibly beat France. They were unlucky to lose to England in the semi-finals of the Euros. The top scorer could be (Romelu) Lukaku or (Karim) Benzema. Being an Arsenal fan, though, I’ll opt for Gabriel Jesus, even though he hasn’t scored for 11 games.